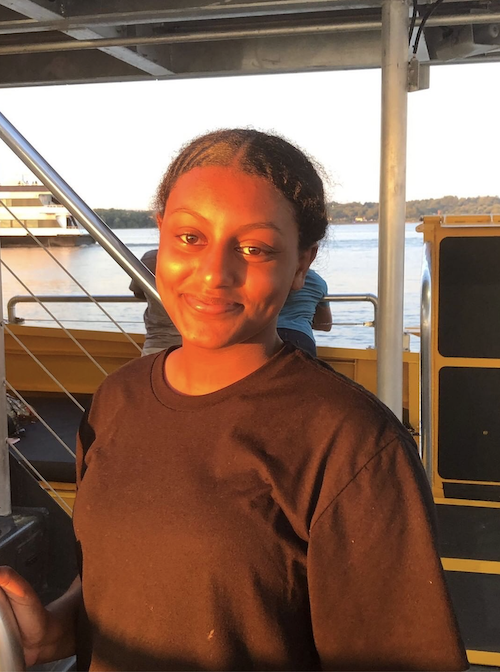 Solyana Mesfin (she/her) is a board member of the Kentucky Student Voice Team.

Solyana Mesfin (she/her) is a board member of the Kentucky Student Voice Team and an undergraduate at the University of Louisville pursuing a joint concentration in Sociology and Pan African Studies with a minor in Political Science.

Over the past several years, she has pursued advocacy in the areas of education, social justice, and mental health. Solyana served a two-year term as the first student member on the Kentucky Board of Education and has served on the Kentucky Department of Education Commissioner Student Advisory Council representing Jefferson county since her sophomore year.

Solyana has been recognized nationally for advocacy, drafting youth-based policy for the US Conference of Mayors, creating with the National Association of State Boards of Education (NASBE), and serving as co-chair for the inaugural World Resources Institute (WRI) Electric School Bus Initiative Advisory Council. She is involved in several student-led initiatives across Kentucky, including the Kentucky Student Voice Team and Kentucky Youth Climate Strike, aiming to advance education resources. Locally, she serves as chair for Louisville Mayor’s Implementation Council and ambassador for Louisville Metro Government’s Office for Safe and Healthy Neighborhoods and Office for Youth Development where she has led a series of protests, adopted nationwide movements, and mandated youth consultation in local policy. Solyana continues to emphasize the importance of youth inclusion in policy and a diverse student voice movement.

There aren't any articles currently listed by this author, check back in later
No items found.